I've recently discovered the usefulness of "vintage" lenses on modern, mirrorless cameras. These flower photos were taken with a 57-year-old Super-Takumar 1:4 / 50mm, adapted to my trusty Olympus OM-1 (OMD Systems, 2022) camera. This lens falls within the range of the radioactive Super-Takumars, so maybe that helped with the red/amber colors. 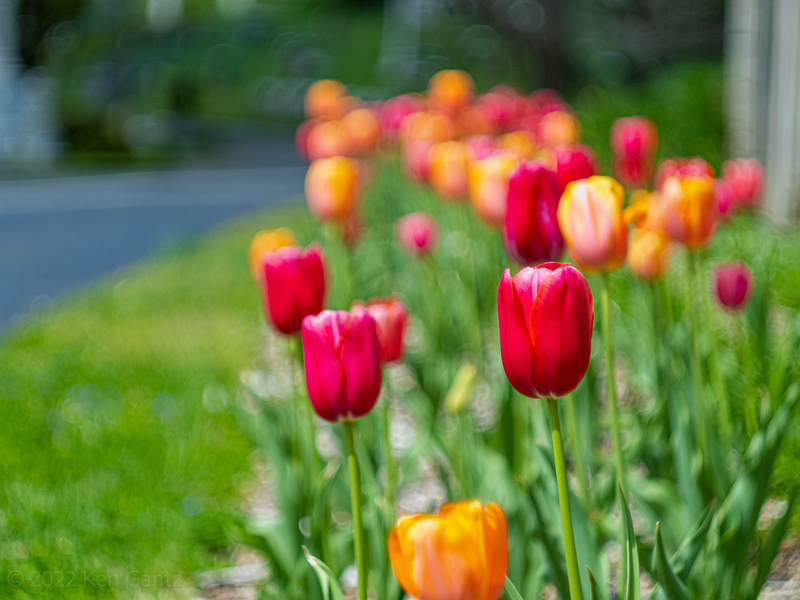 The Tingley Fountain male counterpart to the female in a previous post. 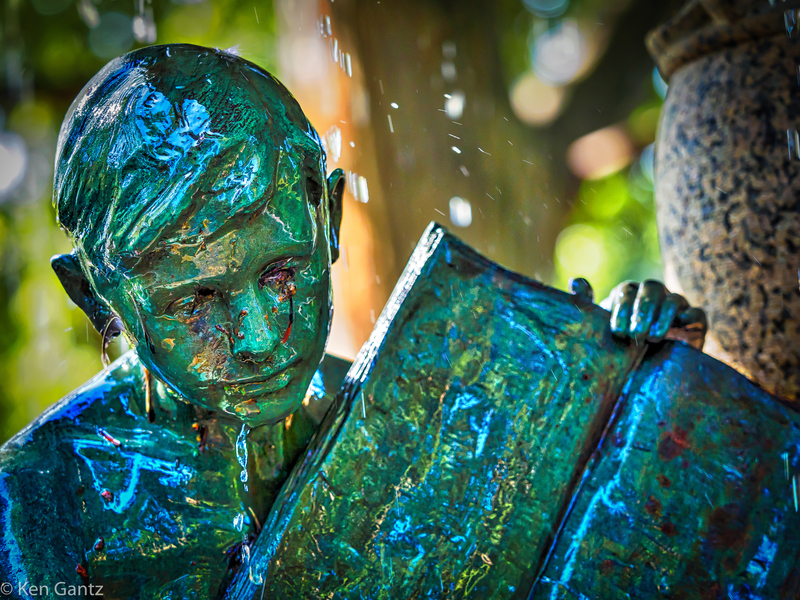 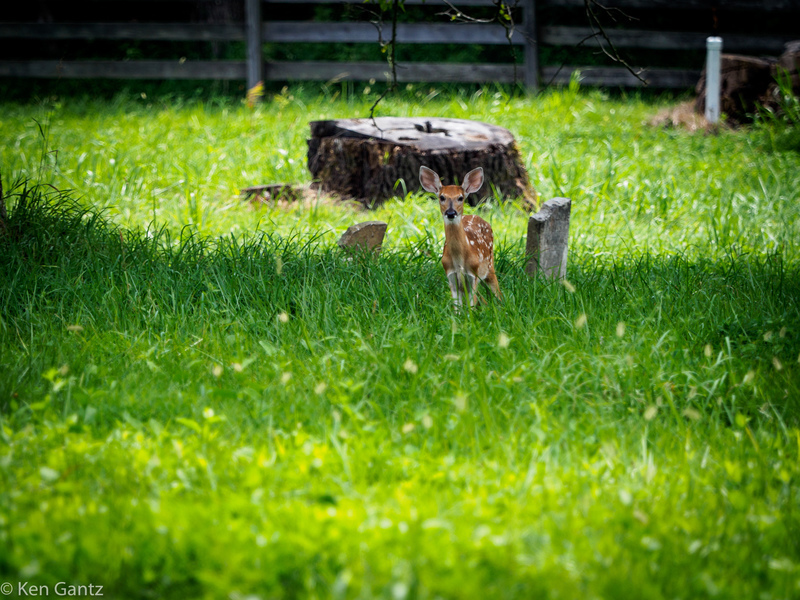 Sometimes "shooting" a photograph has its similarities with shooting a gun in that you have to be aware of what's downrange past your target. I had hoped that the big gnarly tree behind this actual piece of art, called "The Dance Of Life", would make for a suitable background. Turns out it does! I also think the patina on the inside of the woman's dress, if you squint a little, looks a lot like a shot of the night sky of the variety that you might see in the NASA photo of the day.. 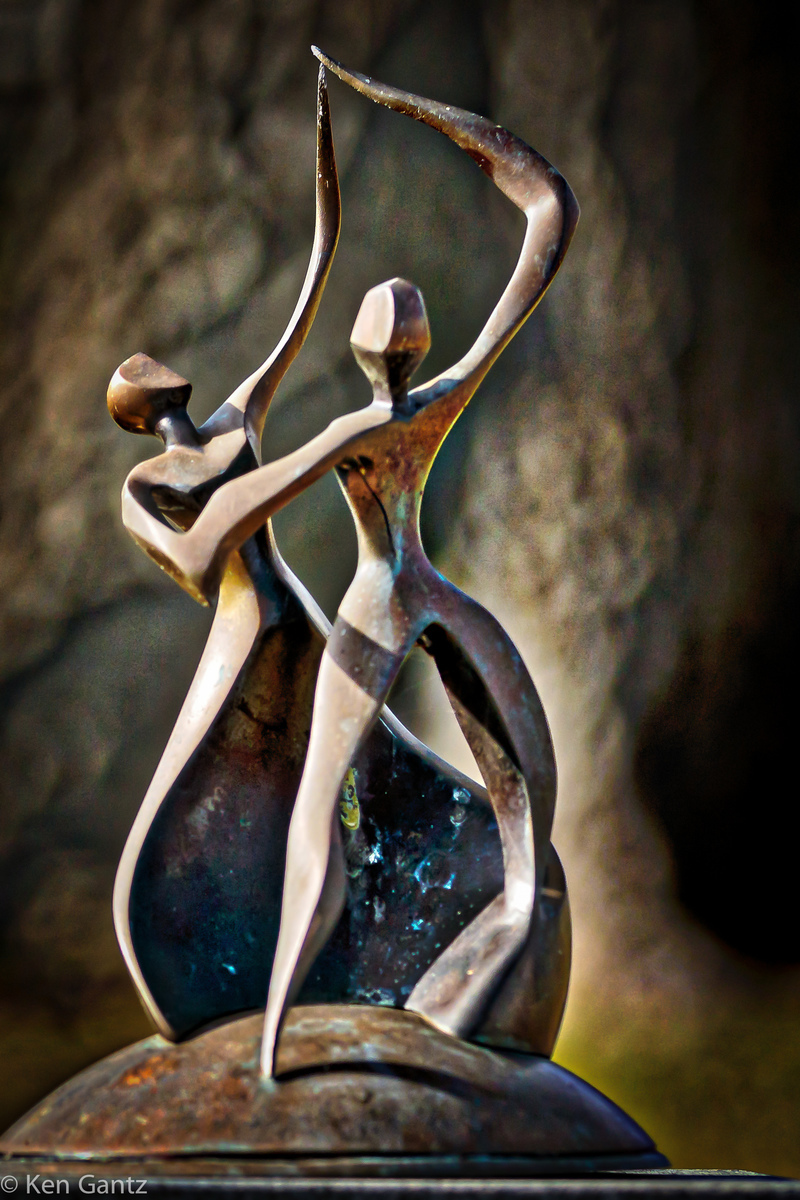 This is on the plaque below the the sculpture. 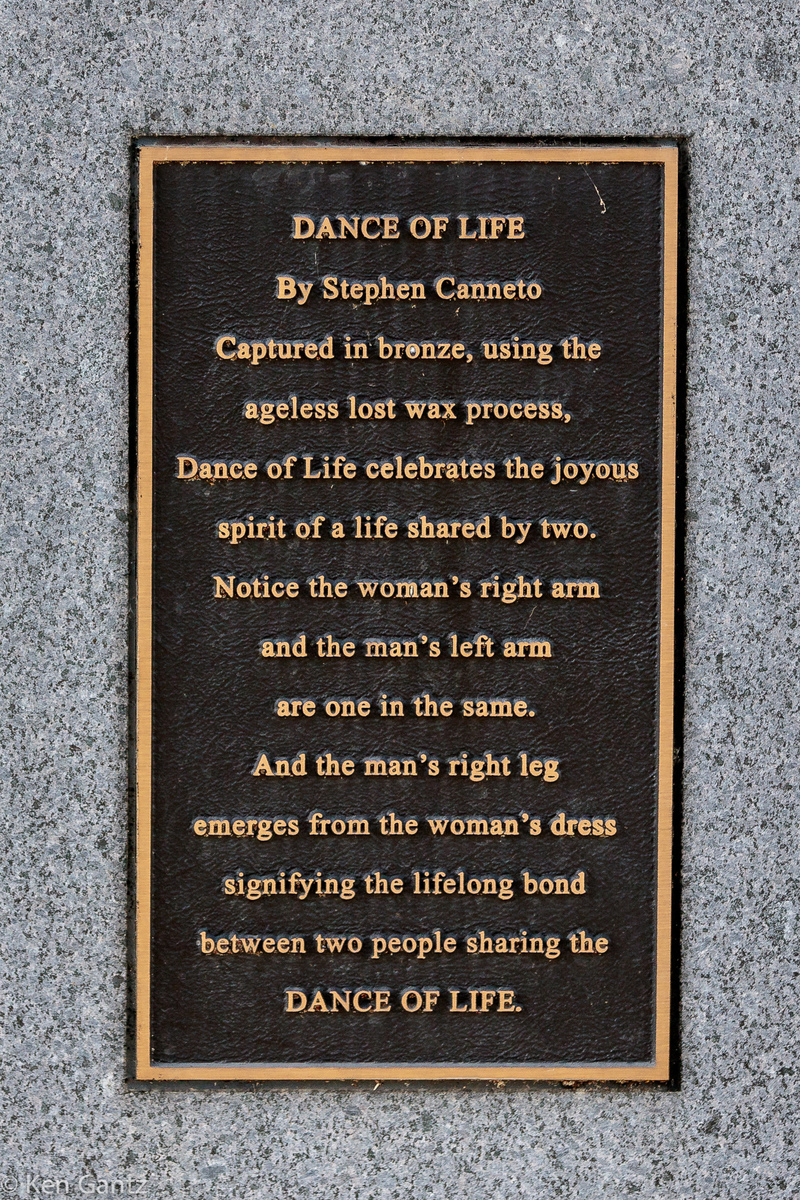 Another beauty from the outdoor art museum, that is Cave Hill Cemetery. 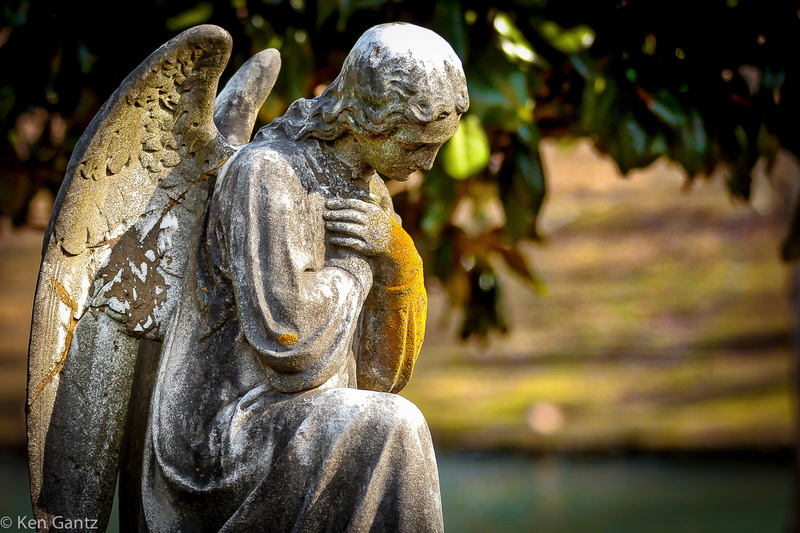 This is the gate to a very old cemetery filled with tormented souls. I walk by it often and recently found it like this. 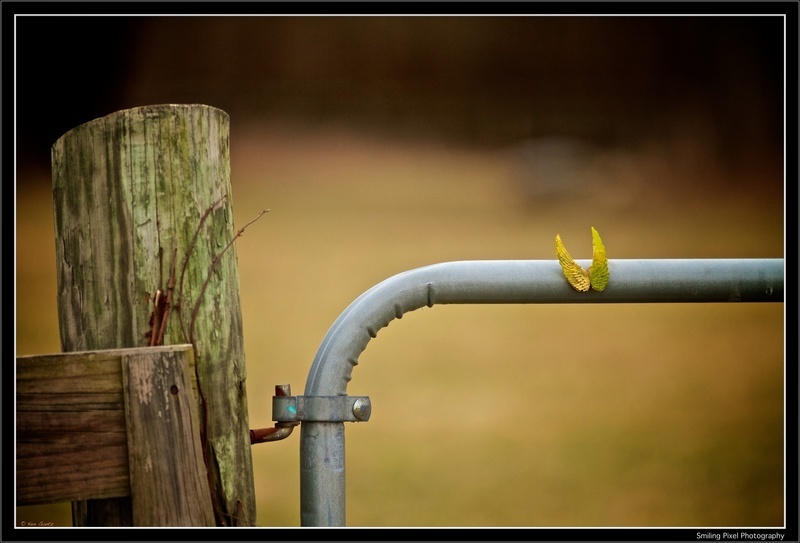 Rest In Peace - At Cave Hill Cemetery and Arboretum in Louisville, KY 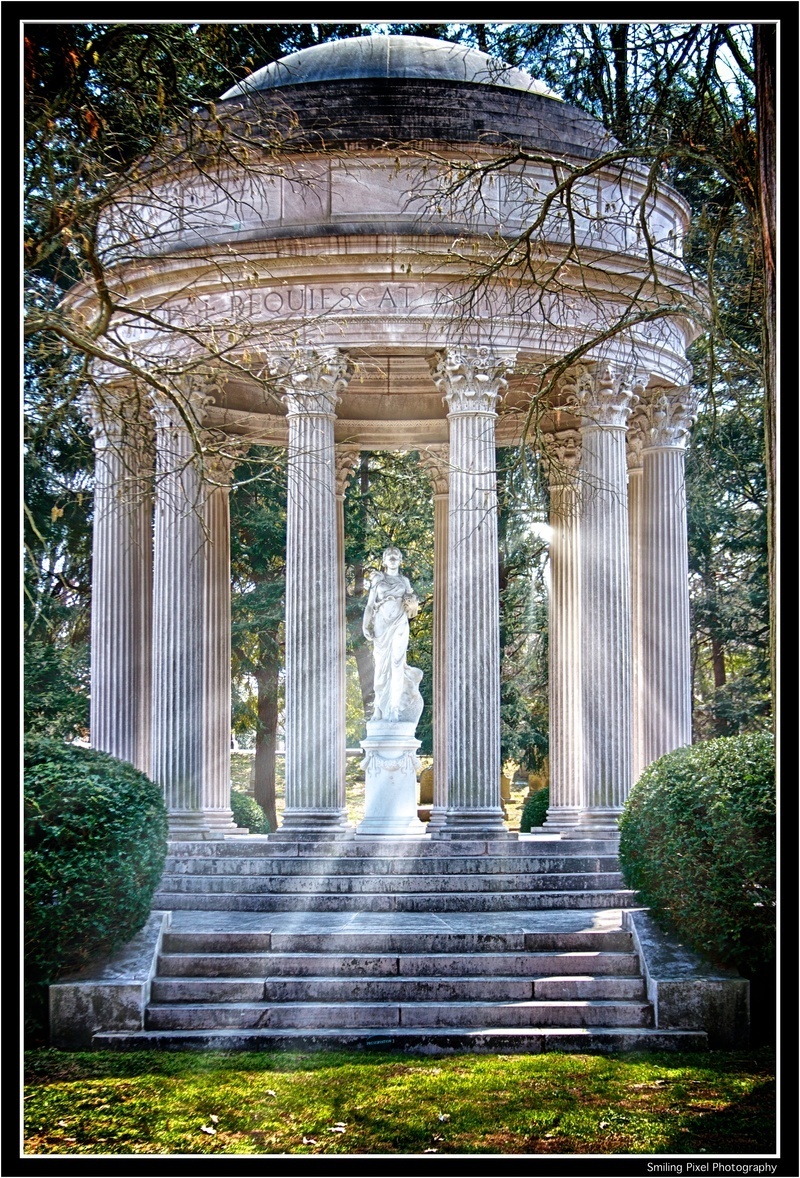 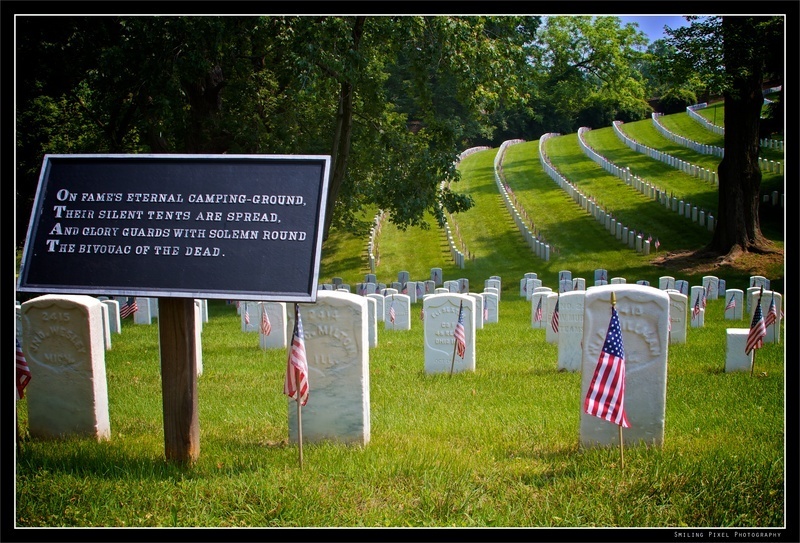 This is the top portion of the Tingley Fountain at Cave Hill Cemetery. I think this is the first time I've seen it with the water turned on. The kids underneath this lady freak me out a little so I tend to concentrate on just the lady. 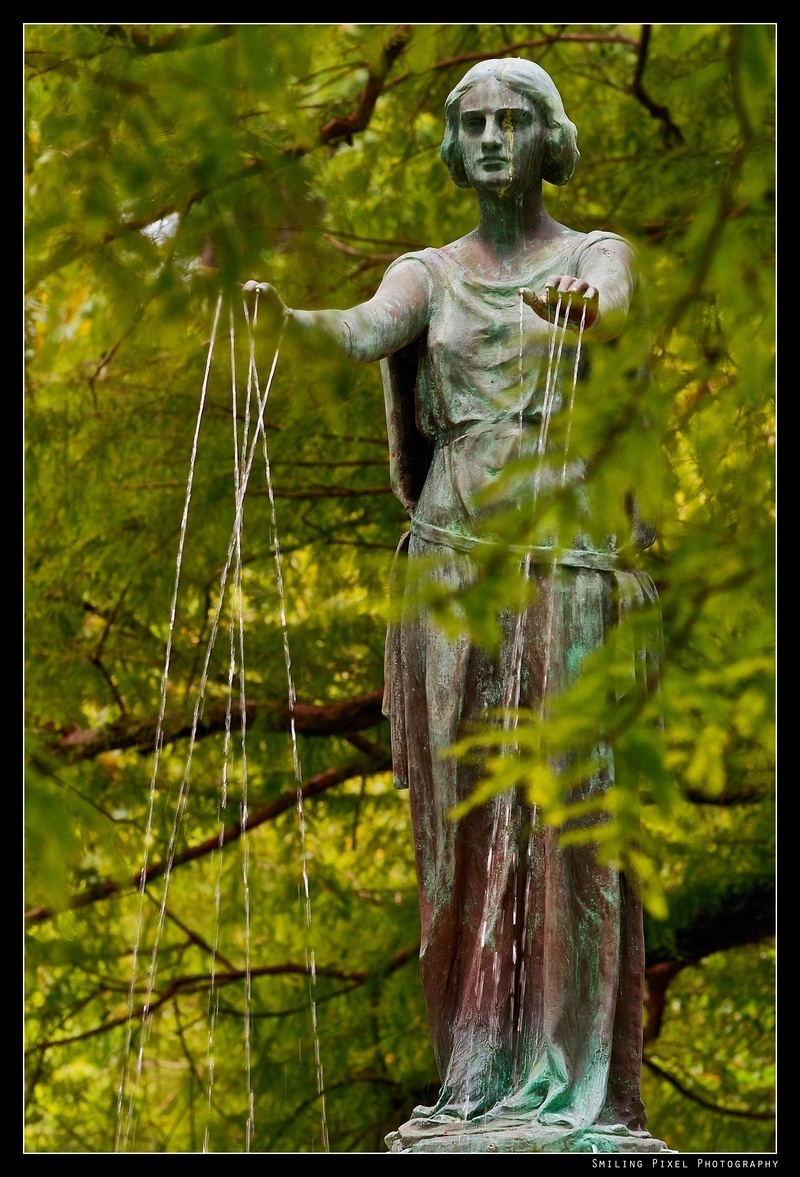 When I look at this duck, I can't help thinking he would look good as a postage stamp. 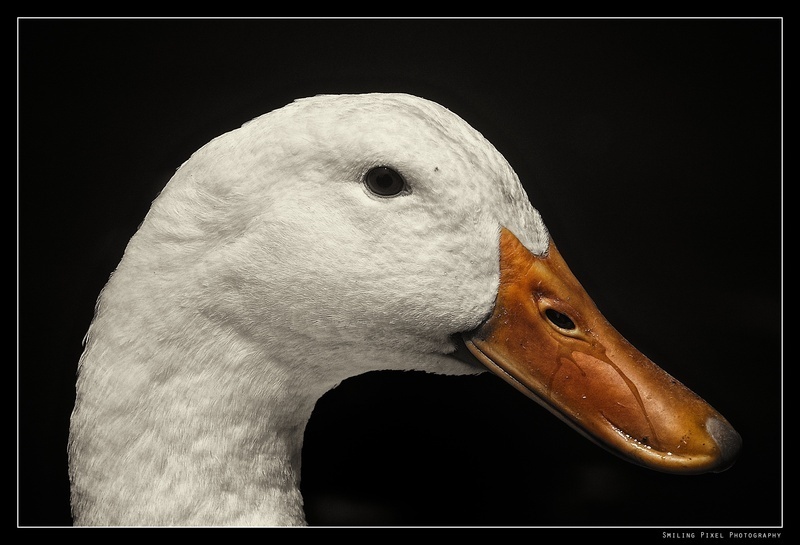 A lone goose is master of all he surveys at his small pond. 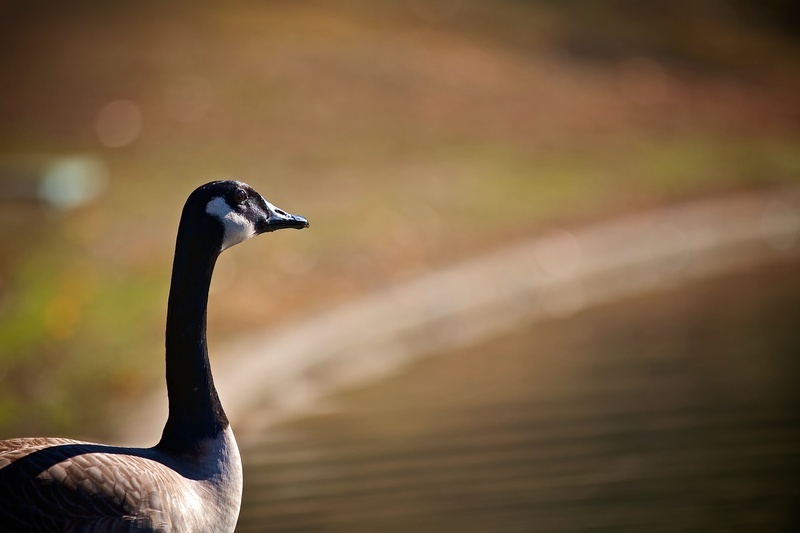 There was just a touch of color left on a tree in the cemetery. Kind of gives the background a Christmas ornamental feel.

"You can see a lot by just looking." 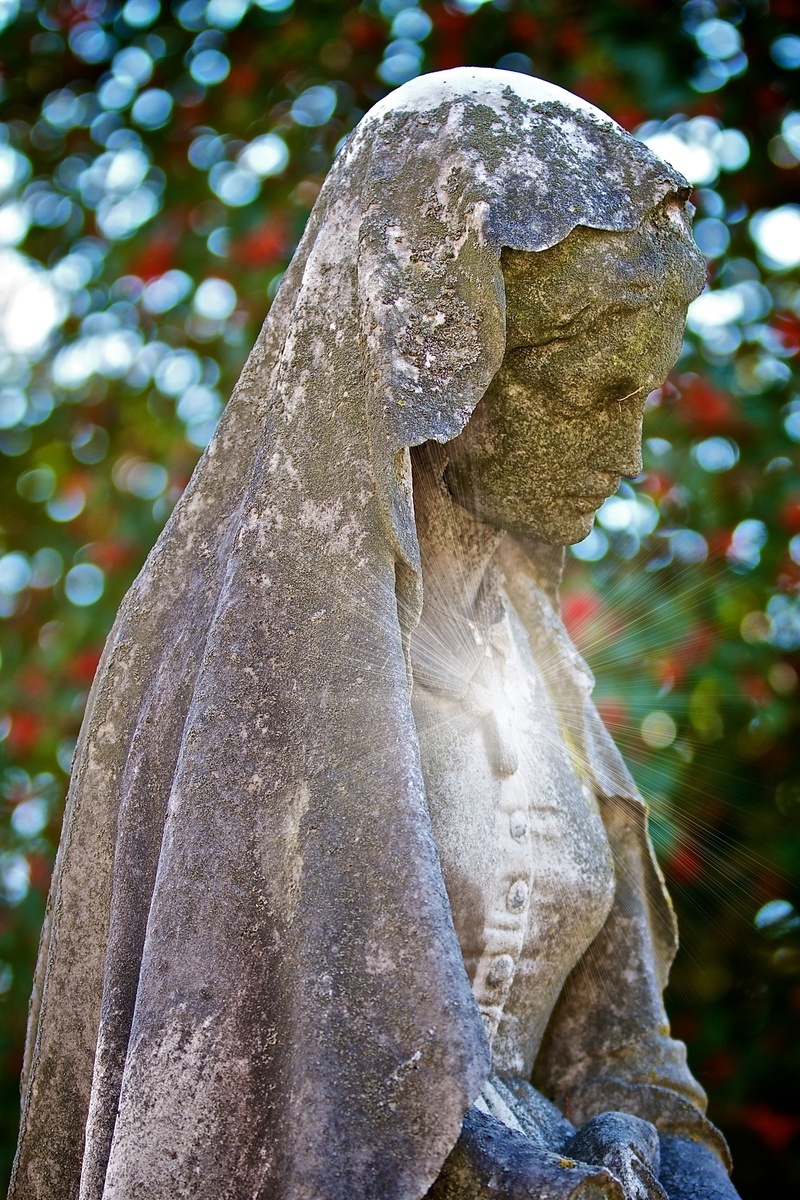 Can't figure out if this duck wasn't wearing his crash helmet the last time he had a bad landing or if this is some sort of trendy new hair style. 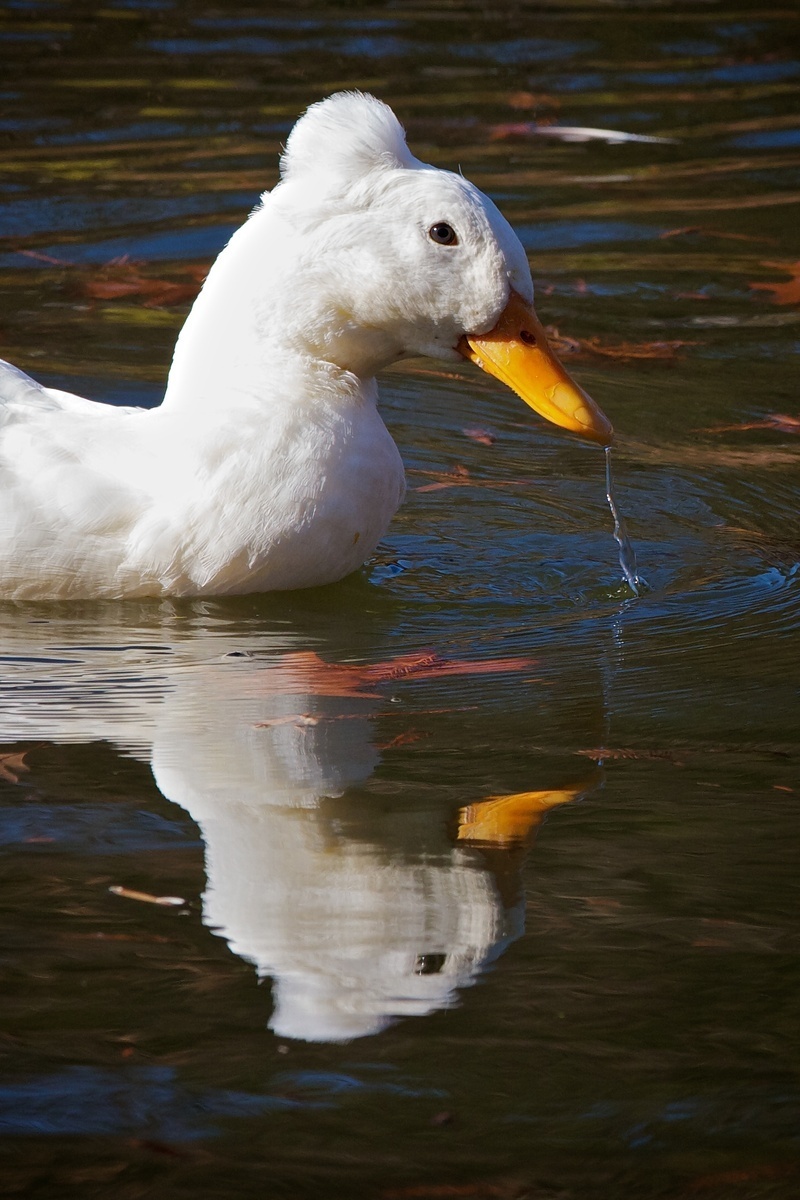 I just liked the fire-like colors of this autumn leaf shot. 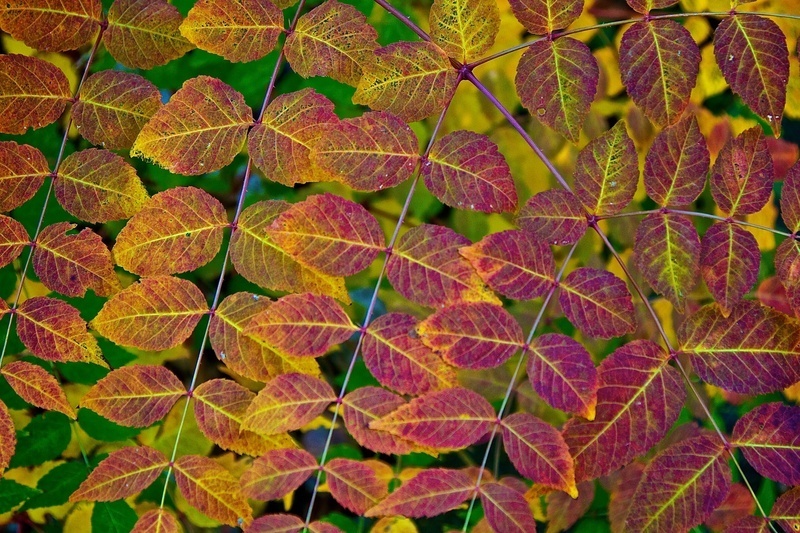 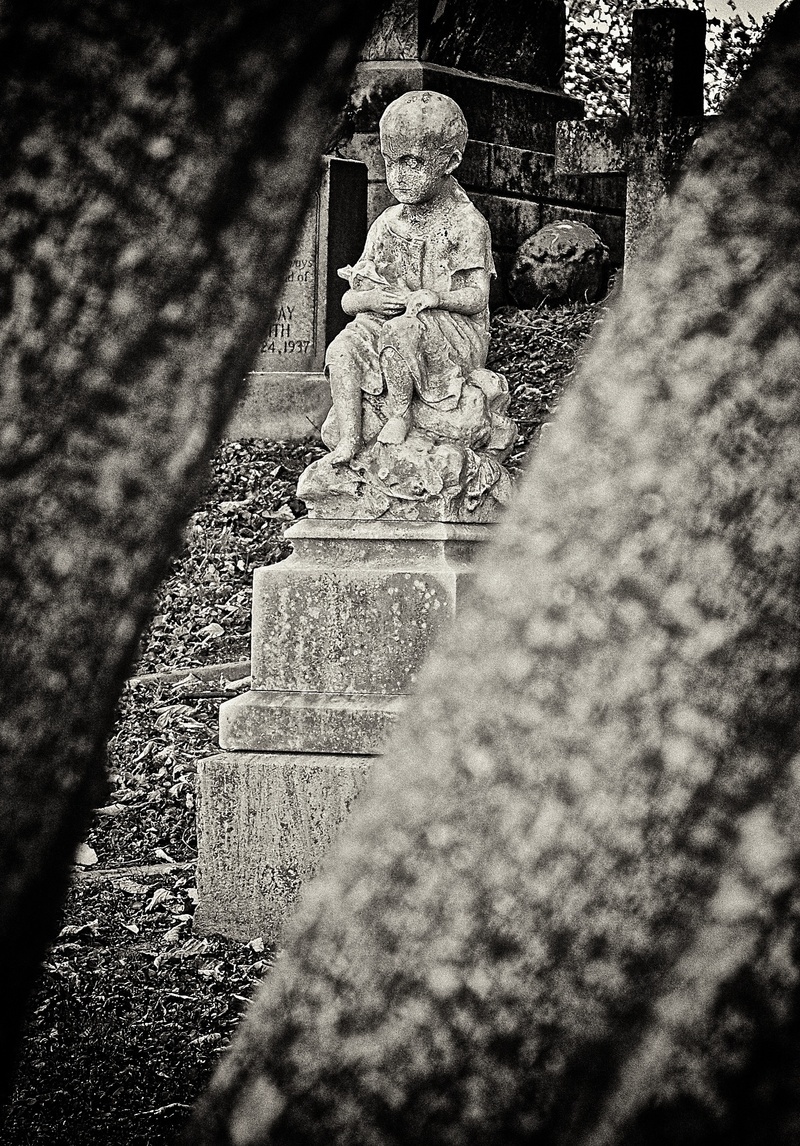 "He spake well who said that graves are the footprints of angels." 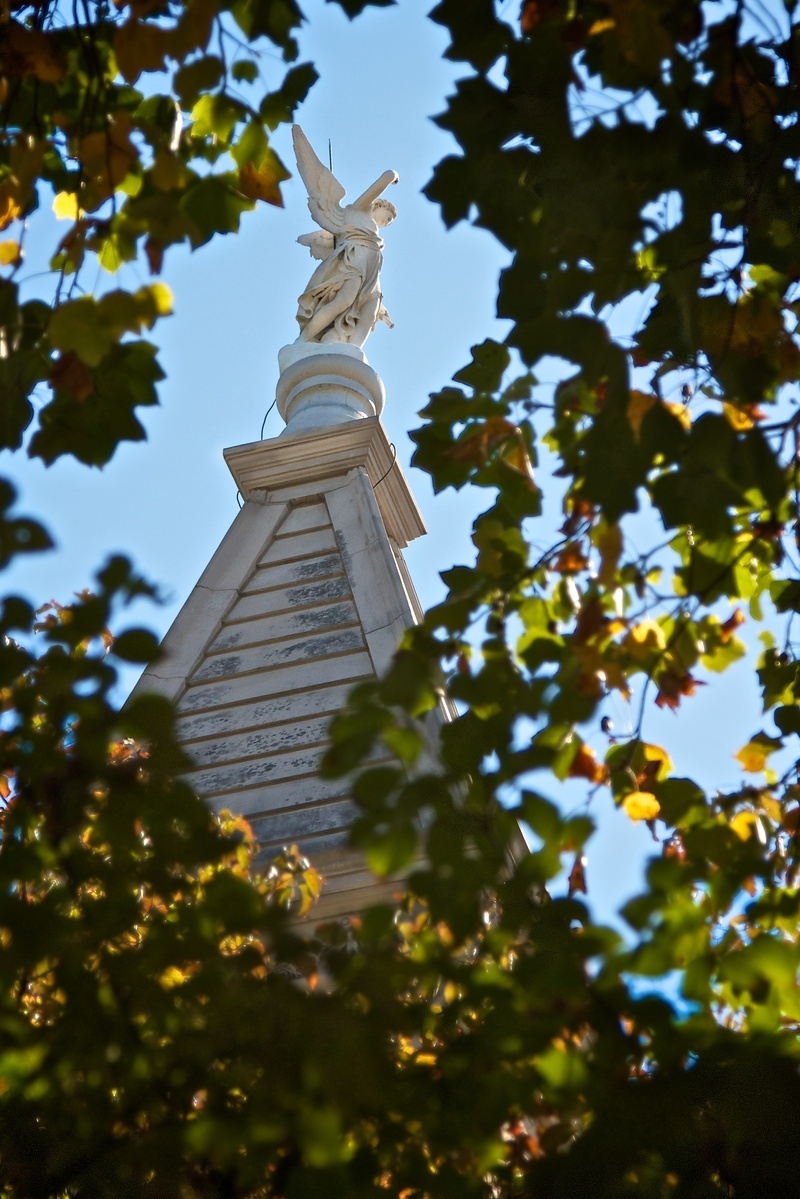 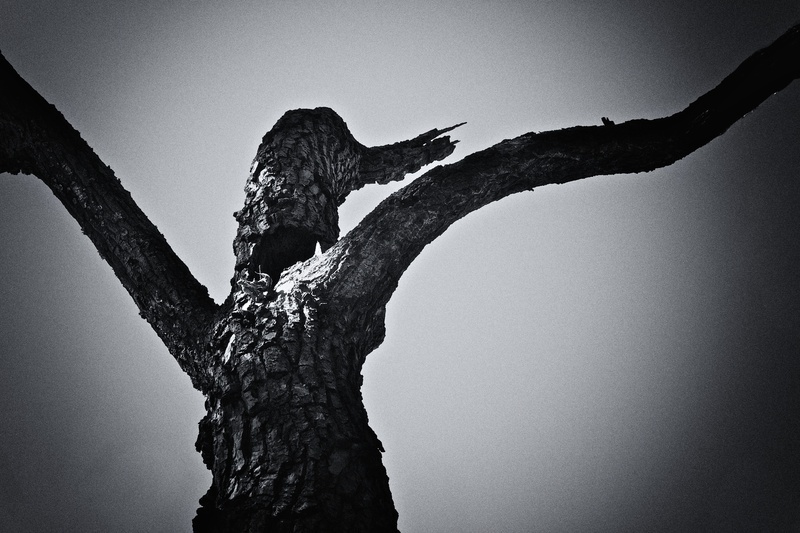 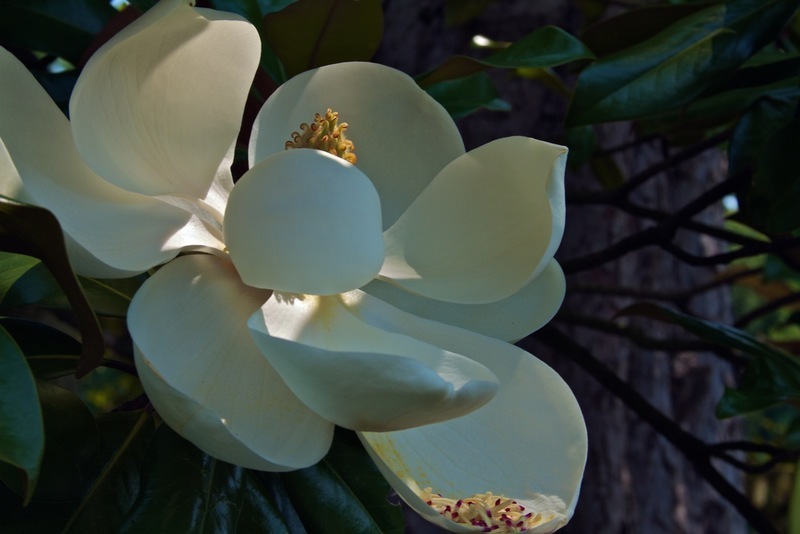