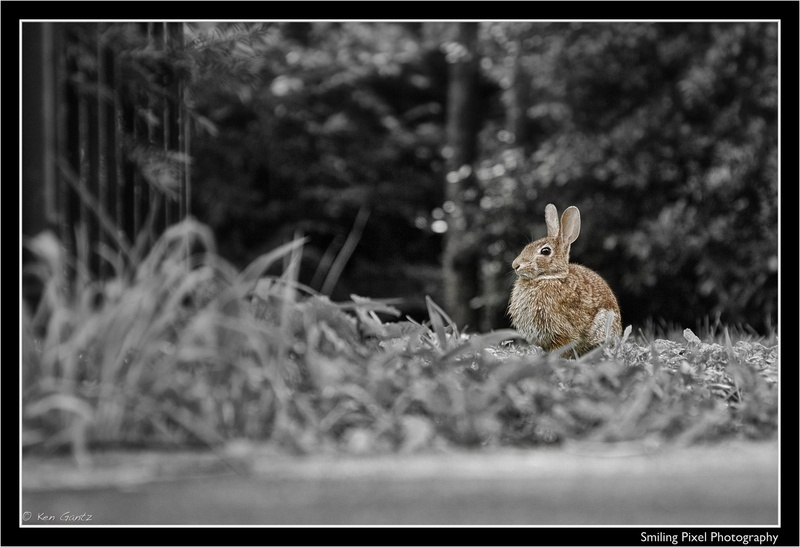 "The rabbits became strange in many ways, different from other rabbits. They knew well enough what was happening. But even to themselves they pretended that all was well, for the food was good, they were protected, they had nothing to fear but the one fear; and that struck here and there, never enough at a time to drive them away. They forgot the ways of wild rabbits. They forgot El-ahrairah, for what use had they for tricks and cunning, living in the enemy's warren and paying his price?"

One thing I've noticed, as an aging photographer, is that the older I get, the slower I get. I think I may be so slow now that I am invisible to certain animals. There have been two times, in recent months, when I've nearly been run over by deer on a path because, apparently, they couldn't see me standing there. Not until I waved my camera did they break right or left and avoid trampling me.

Then, about a week ago, I was out on a drizzly day and happened across some large bumble bees that I was trying to get shots of in mid flight. I guess I must have been very still aiming my camera at the bees because, while I was standing there, I caught a brown blur out of my left eye (this is why you shouldn't close your non-shooting eye when taking photos!) and looked around my camera to see this bunny, flying down the path, headed directly at me. As soon as I aimed my camera at him or her, it stopped in its tracks and sat down, almost as if to say, "I'm ready for my close-up." I got one shot off and it got up, spun around and was off in a flash.

I'm ready for my close-up! 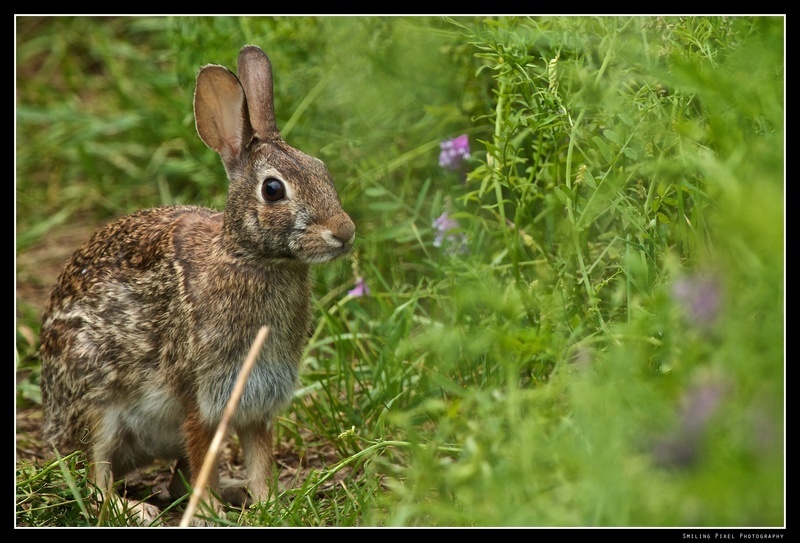 The three phases of meeting a bunny. First the bunny is shocked and sits down. Then the bunny turns to leave but rotates its large ears, like RADAR antennas, tuned to the perceived threat. Finally it gets into fourth gear and boogies on out of there.

While I was walking in the woods recently, I saw two large bunnies. One of them didn't run away instantly. 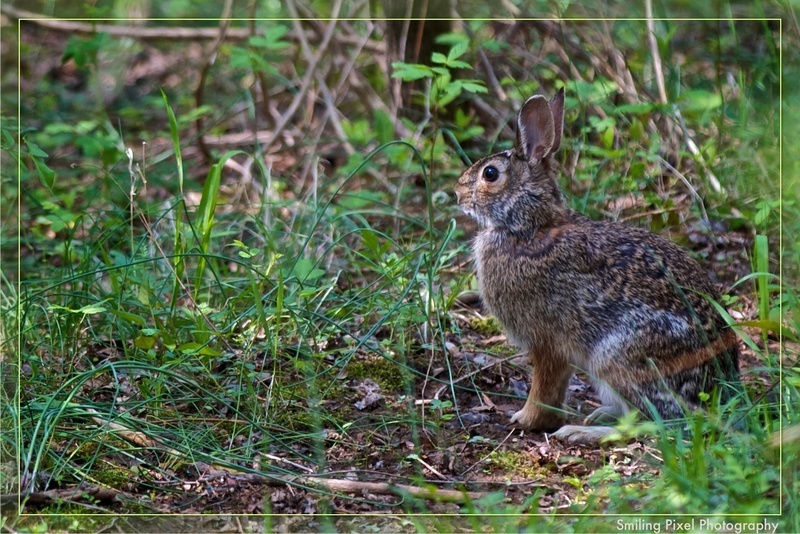