On Saturday & Sunday, October 7 & 8, 2017, the B-17G, now known as "Madras Maiden", was at the Clark County airport in Indiana. Because they were offering rides causing the aircraft to constantly be in motion, and because the weather wasn't likely to hold up until the end of the day when they would offer tours, I tried to gets some photos of the airplane as it was taxiing in or out for the next flight.

Seen here through the interior of the classic Willys Jeep. The owner of the Jeep saw me taking this photo and said, "Hey, I never thought of shooting through the Jeep." and proceeded to take his own shots. Glad I could help! 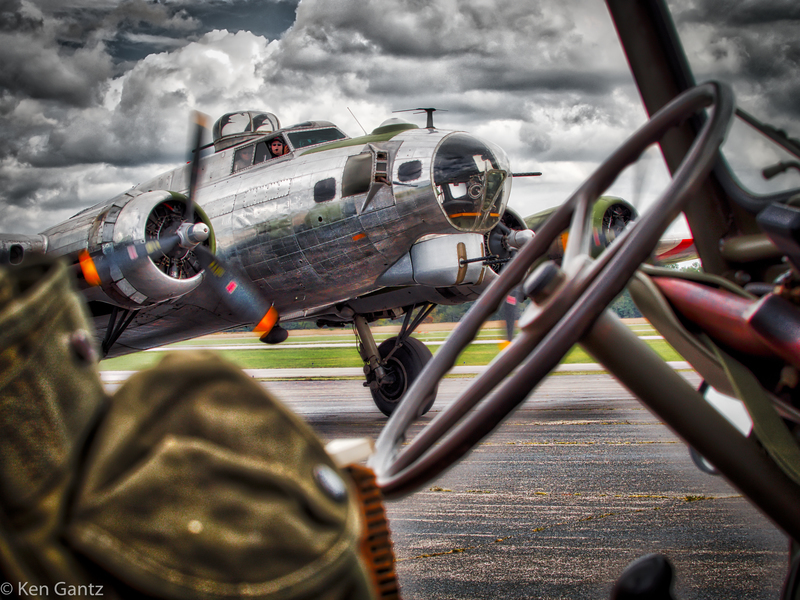 Side view of the Madras Maiden shot against some early autumn color. 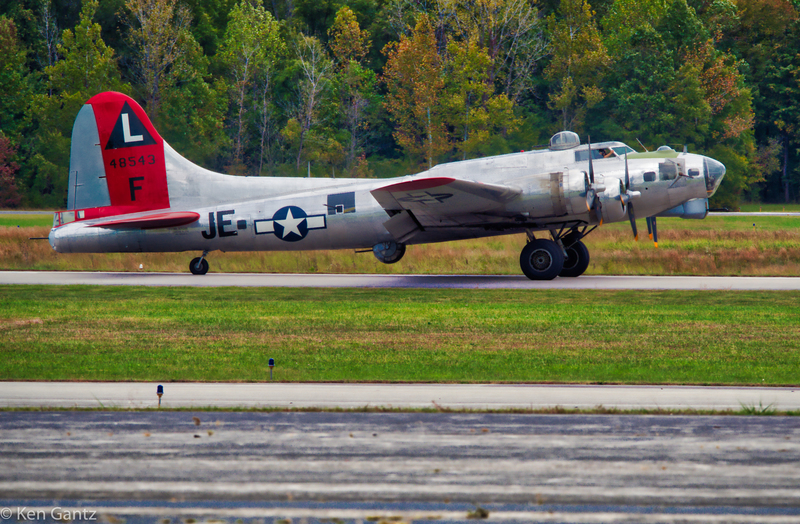 The "Ball Turret" served as a dorm room for many an eighteen-year-old during WWII. The mortality rate for B-17 belly gunners was 60%.

There is a relatively famous poem written about ball turret gunners, by poet Randall Jarrell:

From my mother's sleep I fell into the State,
And I hunched in its belly till my wet fur froze.
Six miles from earth, loosed from its dream of life,
I woke to black flak and the nightmare fighters.
When I died they washed me out of the turret with a hose. 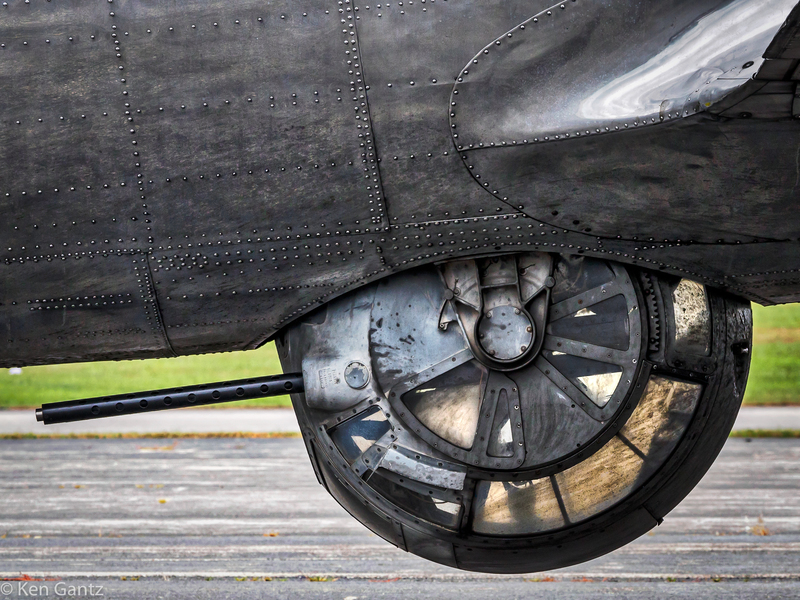 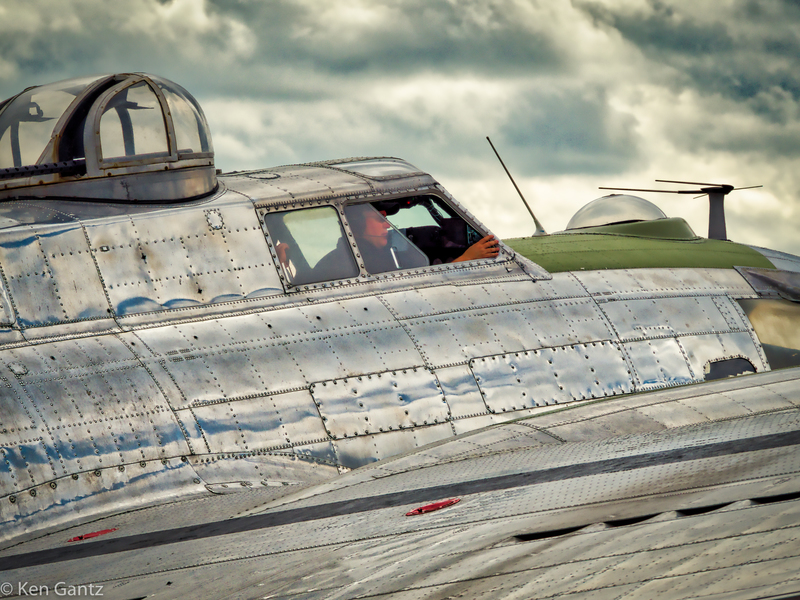 Nose art of the Madras Maiden. Named for the city of Madras in the great state of Oregon. 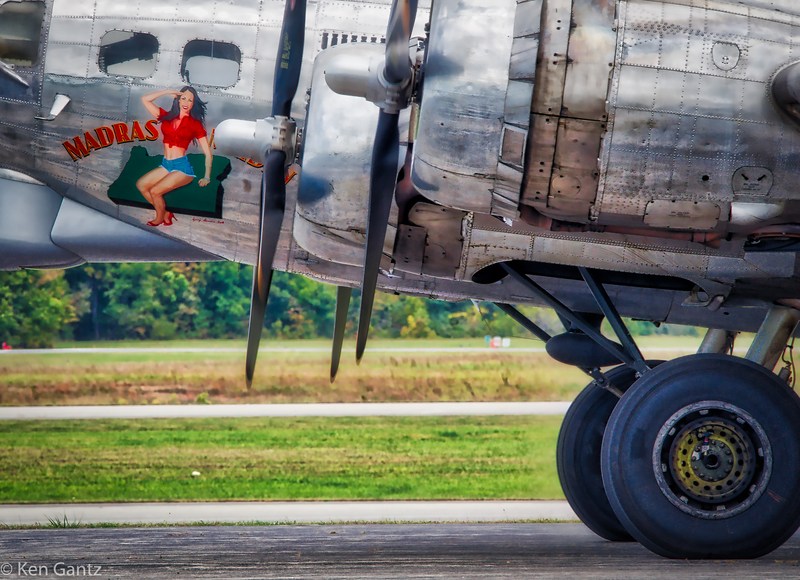 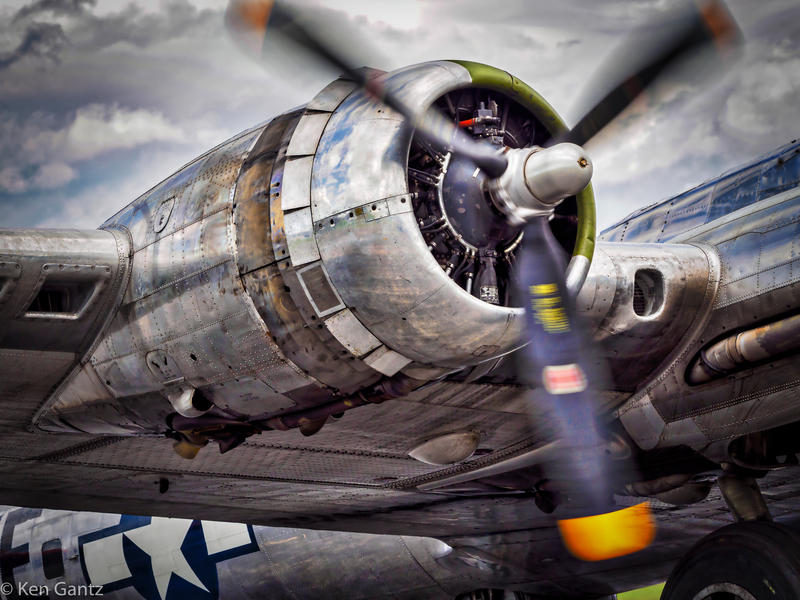